"Pop culture, entertainment or not, is absolutely crucial to how people understand and live in the world."- Andi Zeisler, 2008

The media may be the one thing that is a universal experience for most people in this day and age. Most of us enjoy watching television, going to the movies, and listening to the radio while driving to work. Even those who don’t indulge in entertainment and aren’t too interested in popular culture may glance at a magazine or newspaper from time to time. And we all know that trying to escape billboards and various advertisements is nearly impossible these days. We are filled with messages from the media on how we should look and act; whether it be from a character in a popular show or an advertisement trying to sell us something. For adults this might not be too much of a problem; we know what we like and what we don’t like, and can usually decide who we are and what we need. We may not be heavily influenced by the media once we reach a certain age. But what about kids and teenagers? They are often unsure of themselves, trying to figure out who they are, and are very influenced by their surroundings. With technology surrounding us these days, almost every young person has access to a television, computer, and/or cell phone. They idolize famous actors and singers, and will buy almost any product that sells them “coolness” or “sexiness”. “Adolescents are new and inexperienced consumers- and such prime targets. They are in the process of learning their values and roles and developing their self-concepts. Most teeneagers are sensative to peer pressure and find it difficult to resist or even to question the dominant cultural messages perpetuated and reinforced by the media” (Kilbourne, p. 129). Living in a time when “sex sells”, and women are still being constantly objectified, I am very concerned for young girls and how the media and power of advertising can affect their self-esteem and developing sexual attitudes and relationships.

Andi Zeisler, in her 2008 book Feminism and Pop Culture says that “advertising has long been an aspect of pop culture whose focus is deliberately on women” (p. 4), and that “we use pop culture to understand the time and place that we are living in, and how we define ourselves. We view things through a lens of pop culture- songs, slogans, jingles, TV shows. Pop culture can never just be entertainment. Music, for example, is a social statement” (p. 4).

Pop culture exists now more than ever before, and it never ceases to define us. It helps us decide who we are and what we want. Pop culture will tell us whatever it can (Zeisler, p. 144). Even politics has, itself, become pop culture. Twenty years ago it would have been unthinkable for the presidential candidates to be guest stars on The Tonight Show or Late Night with David Letterman- now it’s almost considered necessary (Zeisler, p. 144). Advertising is similar in that it often sells more than products. It “sells values, images, and concepts of love and sexuality, romance, success, and, perhaps most important, normalcy. To a great extent it tells us who we are and who we should be. We are increasingly using brand names to create our identities” (Kilbourne, p. 74). 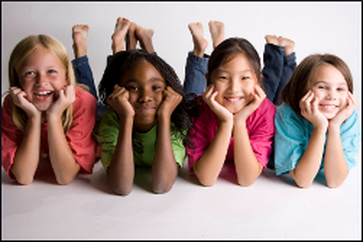 song of the month...

No Doubt's Just a Girl (1995) was a personal favorite song of mine growing up. I love how lead singer Gwen Stephani makes fun of female stereotypes and expresses her frustration with being over protected and oppressed. She's also an awesome example of a female lead who can really rock and keep up with the boys!